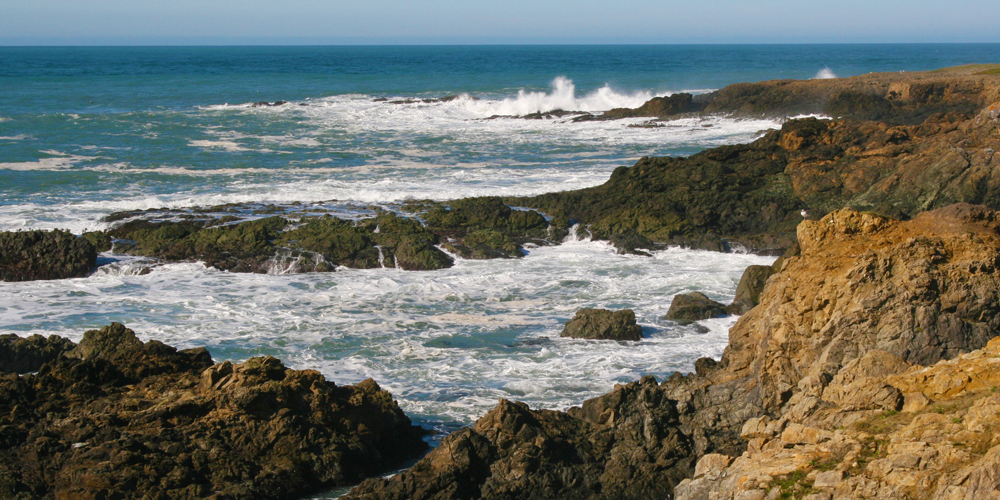 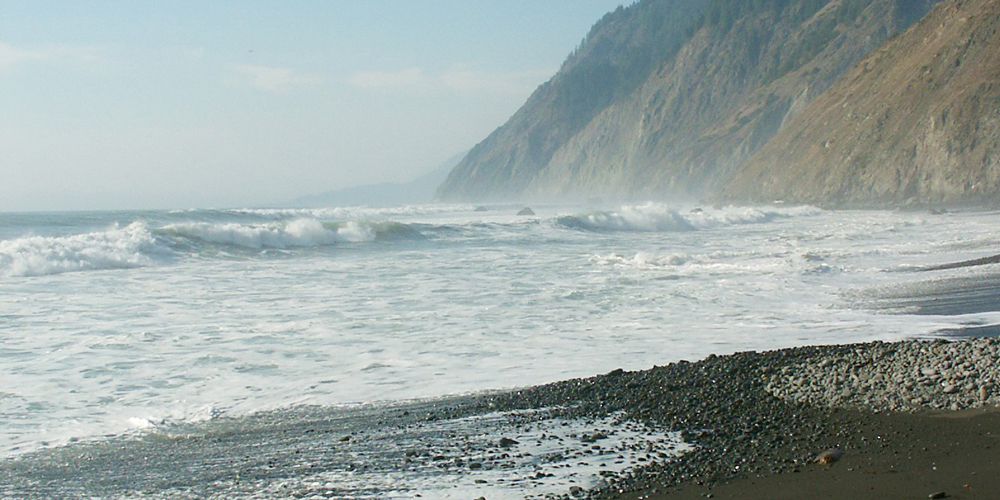 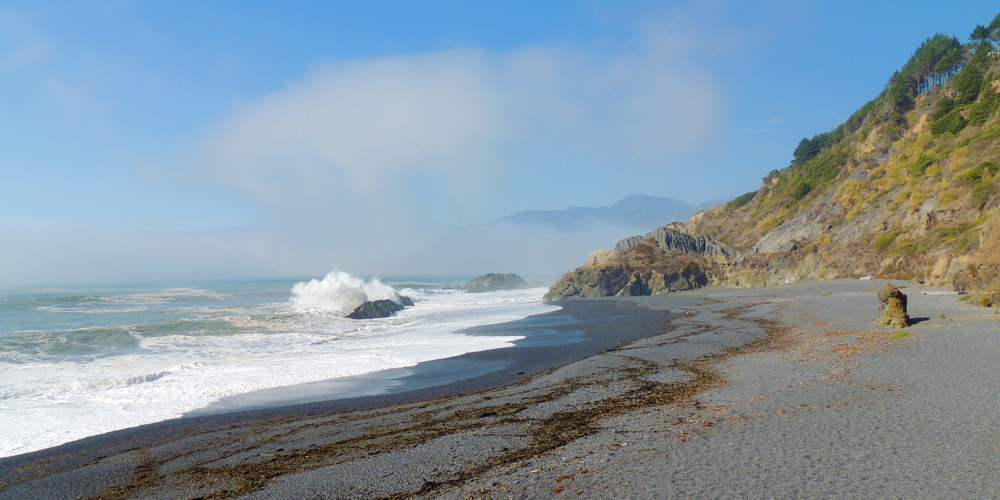 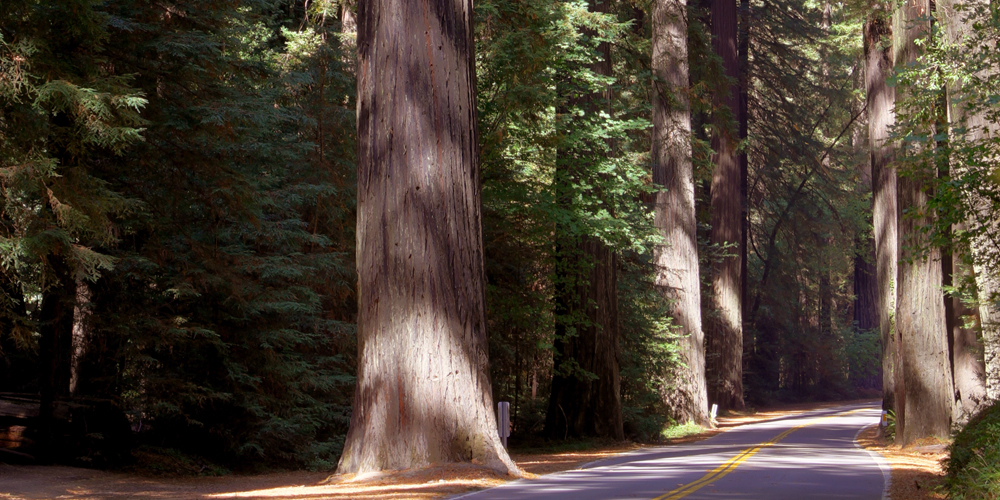 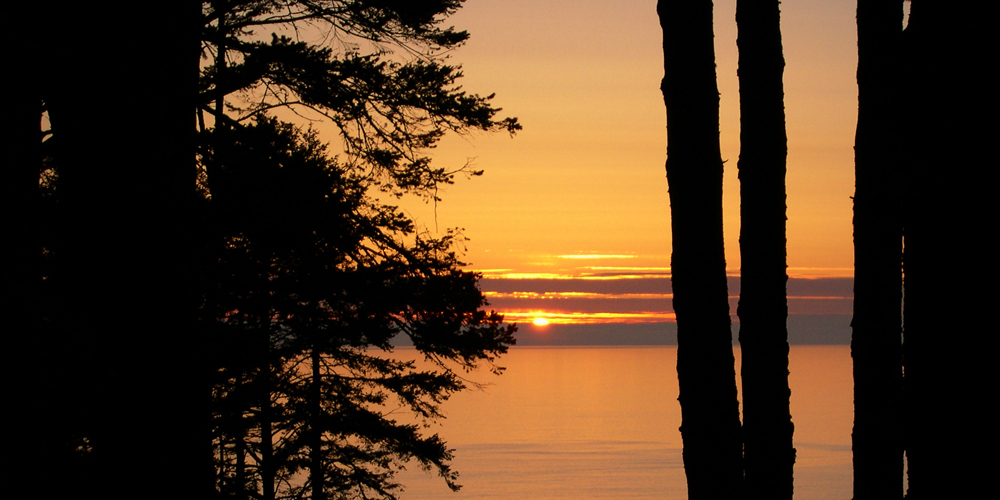 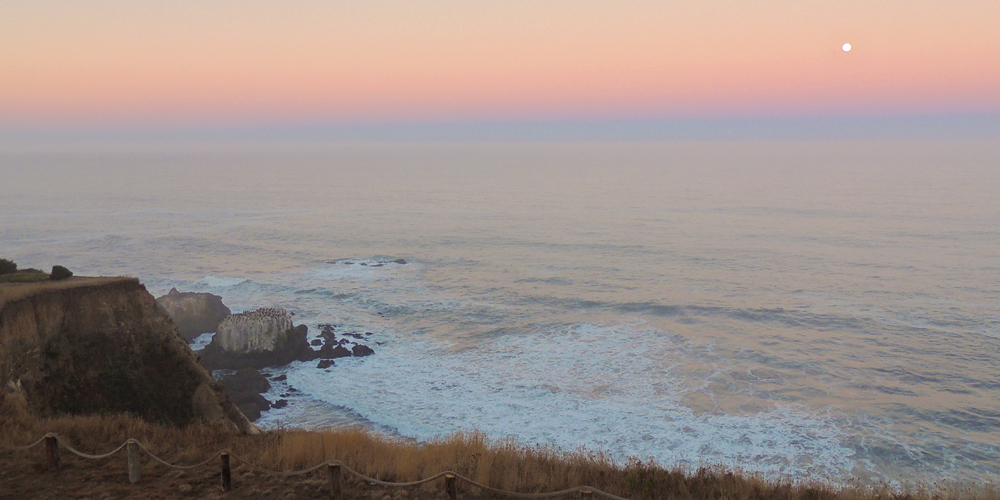 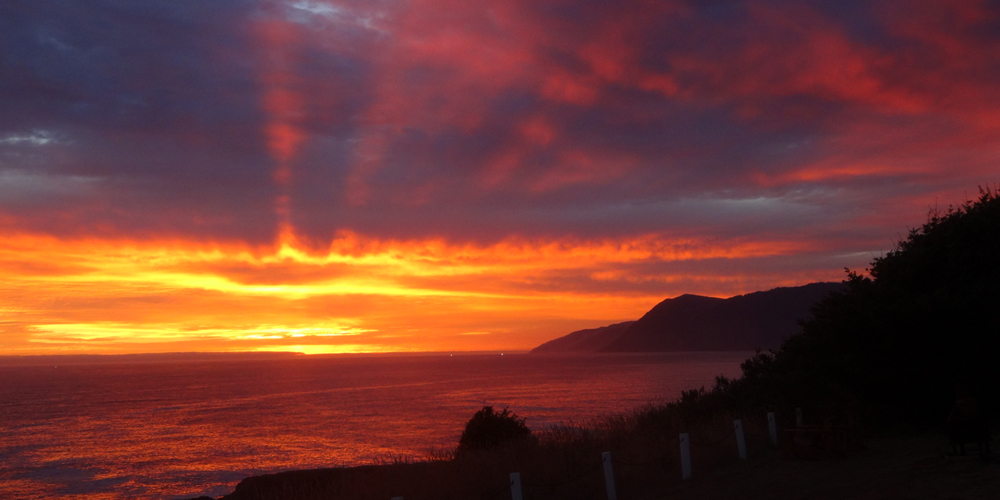 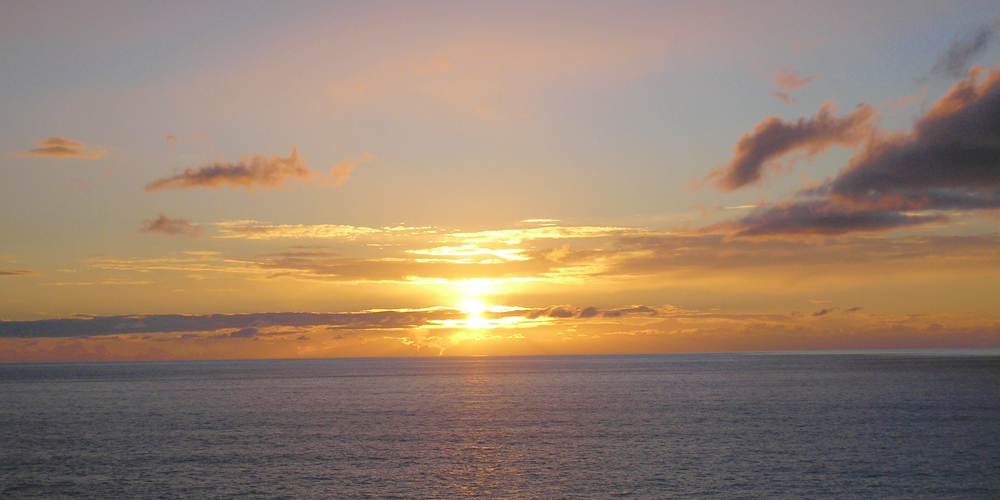 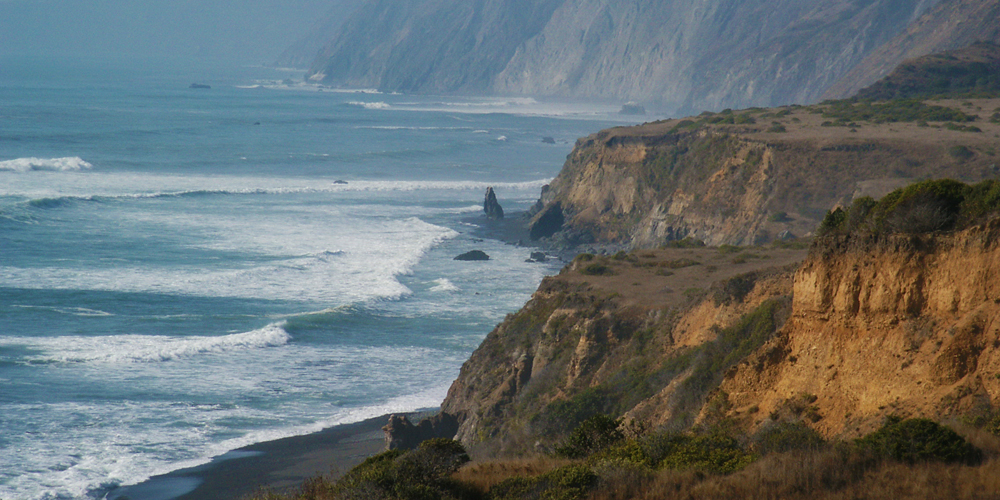 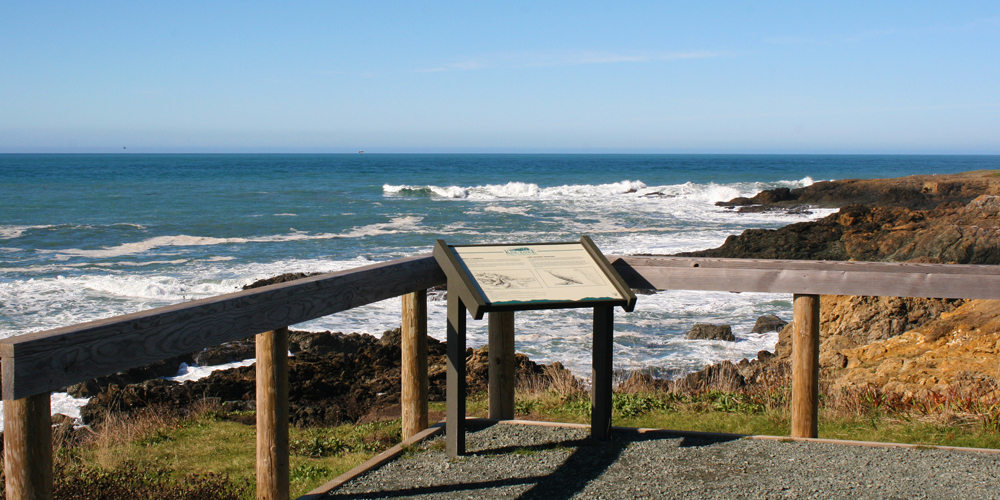 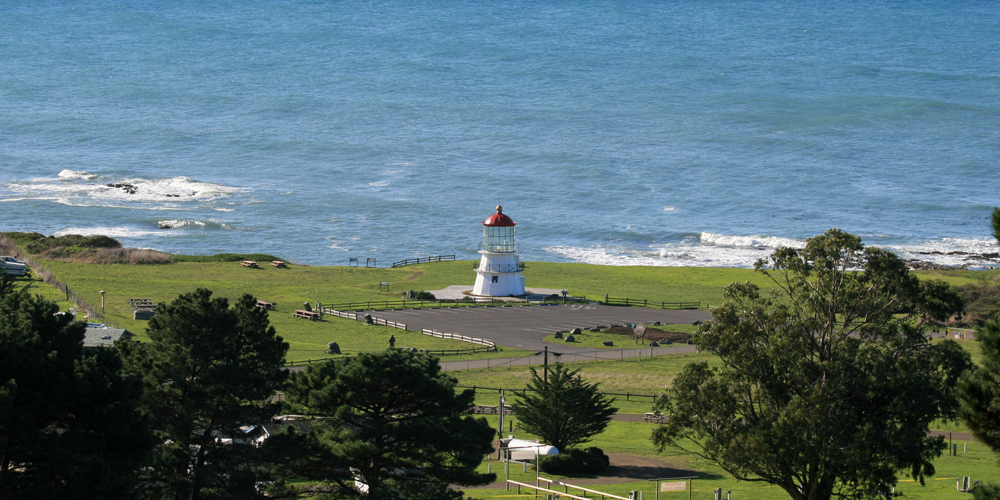 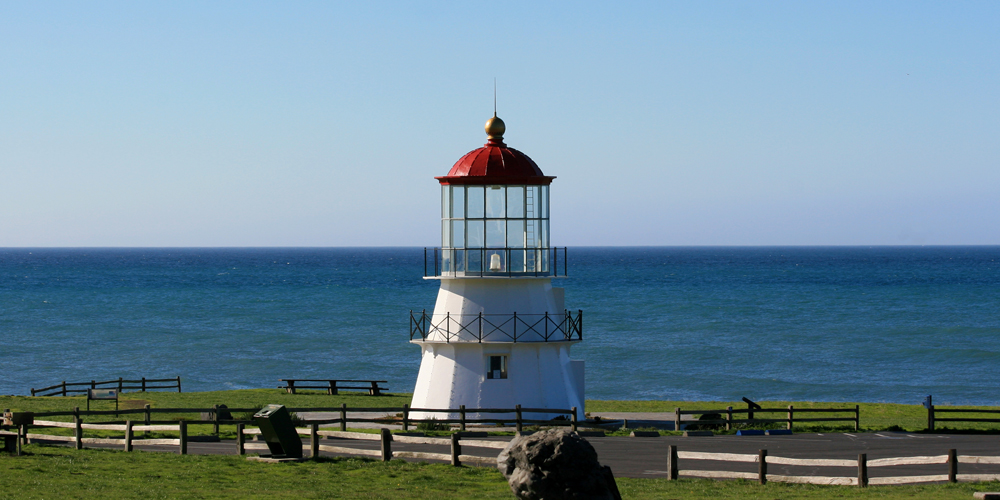 Escape to Shelter Cove... Visit Black Sands Beach... Explore the majestic Redwood forest... Enjoy spectacular sunsets... Marvel at the incredible vistas... Experience the beautiful natural wonders... Gaze out onto the Pacific... Hike along the rugged Lost Coast... Take a stroll along the shore... You will love our peaceful seaside community... Check out the Cape Mendocino lighthouse...

Shelter Cove is one of the most unique and beautiful places in the world. Unlike any other coastal community in the State of California, Shelter Cove remains largely undeveloped and pristine. A vacation in Shelter Cove is like a trip back in time, and visitors can experience a natural wonder and tranquility that no longer exists anywhere else on the California Coast. When the Pacific Coast Highway was constructed in the 1920s, engineers deemed our stretch of coast from Northern Mendocino County through the King Range in Humboldt County too rugged for a road. The highway was diverted inland; cutting off this expanse of magnificent coastline from the development boom of the twentieth century. This isolated strech of rugged coastline became known as the Lost Coast. With no highway running along our coast, our small community of Shelter Cove escaped the fate of other coastal villages, and has remained much as it was nearly a century ago.

Our isolation from the rest of California has helped Shelter Cove become what it is today: A peaceful seaside resort with peerless scenery that is nirvana for outdoor enthusiasts. A relatively flat point set amidst a long stretch of sheer ocean cliffs. Shelter Cove gets its name from a gulf formed by Point Delgada to the south.

Getting to Shelter Cove can be an adventure. It's a winding 23-mile drive from Redway, off Highway 101. But the drive is well worth it for those who like to fish, crab, dive for abalone or watch for whales. Photographers, hikers and nature lovers have plenty to do as well. Shelter Cove, which lies inside the King Range National Conservation Area, is in California's redwood country and the thick forests surrounding the village are home to bald eagles, Roosevelt elk, and black tail deer. 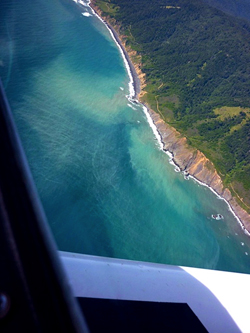 The rocky shoreline makes Shelter Cove a refuge for seals and sea lions and boasts some of the world's richest tide pools. There are picnic areas that offer access to the beach or the rocks below the bluffs. Black Sand Beach to the north is deserted and picturesque, with stunning views of the King Range . Hikers who want to trek the 24-mile long Lost Coast Trail can start their journey here. For much of the Lost Coast , the mountains dive directly into the sea, a geographic barrier to development. Thus, this region is wilderness-like and lightly populated. There are no street lights in Shelter Cove so the nights are dark and the moonlight shimmers on the waves without any competition but the stars.

Lying at an elevation of 138 feet above sea level, where the King Range meets the Pacific Ocean, Shelter Cove is on California's Lost Coast. Explore Black Sands Beach, the Cape Mendocino Lighthouse and the tide pools. Walk the Cove Beach all the way to Dead Man's Creek. Scan the sea for otters, sea lions and migrating humpback whales, orca, grays, and blues. Walk "the loop" around the airfield or golf course. Fish for snapper, salmon, halibut, crab, abalone, mussels, and rock cod. Or grab some binoculars and a bird book and look for osprey, kestrels, pelicans, purple martins, killdeer, etc. In summer, enjoy the cooler temperatures; in winter, the splendid storms. Deer, elk, gray foxes and otters roam around freely.

The California redwood, Sequoia sempervirens are some of the oldest living things on Earth, living 1200–1800 years or more.The nearby Humboldt Redwoods State Park is home to the Rockefeller Forest, which contains some of the tallest trees on Earth, reaching over 300 feet in height (without the roots) and up to 26 feet in diameter. An estimated 95% or more of the original old-growth redwood forest has been cut down, but the Rockefeller Forest is the largest remaining contiguous old-growth coast redwood forest in the world. This 10,000 acre ancient forest is one of the crown jewels of the California State Park system. Walking through these forests is like taking a step back in time. Here, it is easy to imagine what this area must have looked like when the first explorers came upon it.

The oldest tree found in this park is 2200 years old. The tallest tree in the Rockefeller Forest is 362 feet high. Although there may be taller trees here, none have been measured and confirmed. When you walk through the forest however, measurements don't seem very important. Here among the giants, you can watch the sun's rays dapple the bark of ancient trees and illuminate the intense green of the understory. You may hear a raven or a winter wren. The wind will send showers of redwood leaves down on the trail. You will hear a nearby creek gurgling on its way to the river. Animal tracks on the trail will tell you who has been here before you. You may wonder how these forests looked when the first explorers encountered them.

Things to do in Shelter Cove 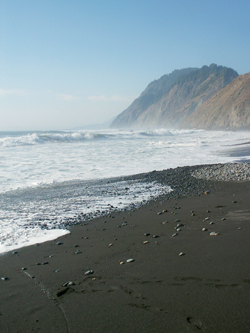 Sinkyone Wilderness State Park is part of a wild and beautiful stretch of shoreline known as “The Lost Coast.” This rugged area, about 36 miles southwest of Garberville, is one of the few places on California’s long coastline that cannot be reached by a state highway or paved road. Fortunately for those who seek peace and serenity, the remote location of this rocky place has foiled decades of attempts by developers who had hoped to exploit its stunning scenery. The thick morning fog that develops as the land meets the sea muffles most sounds. As the fog threads its way over high cliffs and settles in among the park’s tall redwoods, only the thunder of the ocean’s rolling surf and the faint barking of sea lions reaches the ear of a silent hiker.

Discover the Legend of Bigfoot?

Some people belive that the rugged forests which surround Shelter Cove are home to the legendary Bigfoot or Sasquatch. While we've never seen the legendary creature here in the Cove, we think you'll agree that the unspoiled wilderness of the region surely holds many wonders and mysteries! You be the judge.